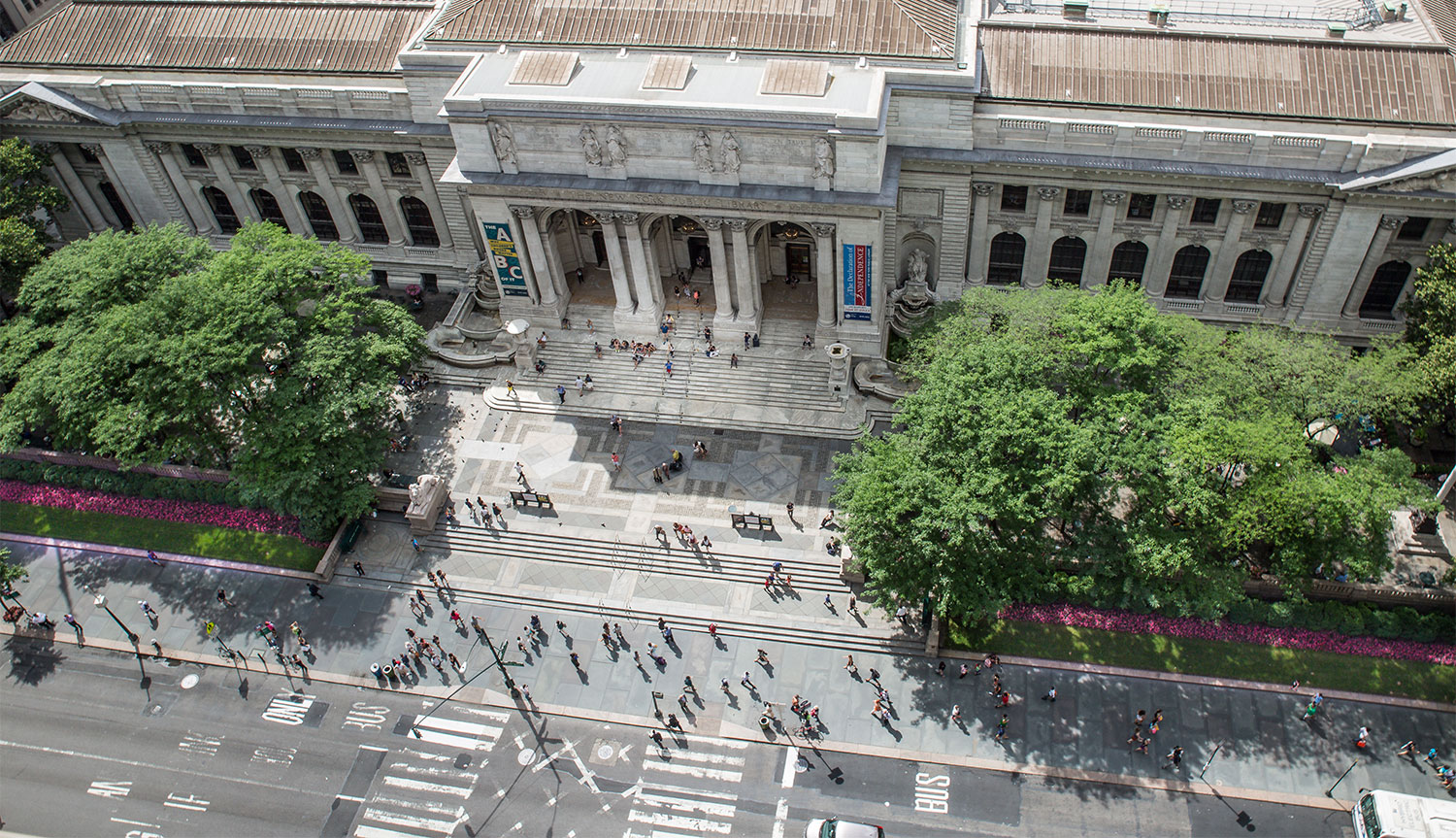 The design team leading the Library’s Midtown renovation includes the Dutch architecture firm Mecanoo, known for its visionary approach to libraries, and the New York City-based firm Beyer Blinder Belle, a renowned expert in historical renovations. The team was chosen in fall 2015, following a year of discussion and planning led by librarians and informed by expert and public feedback.

Led by founding partner and creative director Francine Houben, Mecanoo has designed award-winning libraries and public buildings around the world and is renowned for humanistic, accessible designs and respectful urban development.

Mecanoo’s many awards include the Stirling Prize nomination and the Civic Trust Award. Francine Houben is a Honorary Fellow of the AIA and was named Woman Architect of the Year in 2014. In fall 2016, she will receive the Prins Bernhard Cultuurfonds Prize from Queen Máxima of the Netherlands.

Mecanoo is currently renovating Washington, D.C.’s main circulating library, the Martin Luther King Jr. Memorial Library. The firm also designed the widely acclaimed Bruce C. Bolling Municipal Building in Boston as well as the Library of Birmingham, in England, and the Delft University of Technology Library in the Netherlands.

“Libraries are the cathedrals of our time. It is the most important public building in a city,” says Houben, who has moved to New York City for the design phase of the Mid-Manhattan Library renovation. “Our holistic approach—from library card to campus—aims to create a public library in the broadest sense, welcoming to all and capable of changing the course of individual lives through innovative library spaces and services, for today and tomorrow. It is a great honor to have been selected for this project.”

The architect of record on the project is New York-based Beyer Blinder Belle, a nearly 50-year-old firm known for its award-winning restorations of such notable New York City icons as Grand Central Terminal, Ellis Island, and New York City Hall. Partner Elizabeth Leber will lead the project for the firm. Leber’s other clients include the Massachusetts Institute of Technology, Harvard University, and Princeton University, as well as not-for-profit institutions, including the Brooklyn Navy Yard Development Corporation and the Metropolitan Museum of Art.

Beyer Blinder Belle’s founding ethos focused on the social integrity of communities and institutions as a means to better the daily life of people, a mission that has guided the firm for more than four decades and has shaped a broad and award-winning architecture, planning, and interiors practice.

It is recognized for successfully navigating projects in the civic and cultural sector that involve stewardship of historic buildings in sensitive urban sites and has won numerous awards, including the Presidential Design Award, the AIA Honor Award for Architecture, and the Historic Districts Council Landmarks Lion Firm Award.